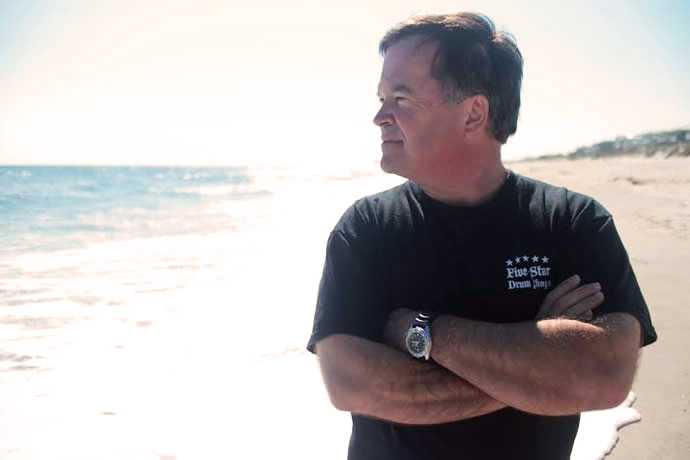 I listened to music from day one. My parents used to play classical music near my room at night so I could fall asleep easier. I got a kids drum set when I was only 5 years old and quickly fell in love with playing them. 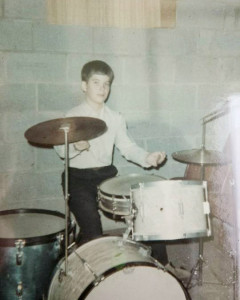 A few years later, my parents asked me to learn to play piano before they would pay for drum lessons. I’m glad I did. I took drum lessons from the age of 8 for the next several years. I played drums & percussion in junior high and high school marching band, and later in jazz ensemble in college.

I practiced to various records of my favorite band with the volume turned up to 10! By age 15, I was asked to play drums with 3 other guys who had the most popular local band in the area. They were juniors in high school but all incredible musicians already. We called ourselves Medusa and eventually played all our own music. We won the state finals “Battle of the Bands” contest in Georgia doing only originals & no covers.

After I started my junior year in college, I became the drummer in a band a few fellow students and I put together called The Bridge Street Kings. From that time, I managed to play with several different successful working bands, the most memorable one was A1A, the Jimmy Buffett Tribute Show. Being the co-founder of A1A I was able to make it my full-time job for over 12 years.

Thankfully, we were endorsed by Jimmy himself, Margaritaville Tequila and Corona Extra. I was asked to play on other musicians’ albums – and live shows – over the course of my career in music.

Most folks know me as the harmonica player and vocalist for A1A, but I continued playing drums actively as I do now.

I want to thank all the musicians and the Trop Rock genre that have provided me with the greatest friends and “family” in the industry. I took a sabbatical from playing music full-time, largely due to big changes in the economy several years ago, and the fact that I became a dad to a wonderful son, Aleksandr.

Now that I’ve been given the green light to resurrect my career in music, I want to thank Jimmy Buffett for inviting me to play drums with him and “The Coral Reefer” band at the show in Key West.

I was lucky enough to sit in on harmonica with my old friends “Tall Paul” Bobal and Quincy Yates – twice – while in Key West, and then Don Middlebrook recently in Michigan for an impromptu show.

I’m available now to play drums, percussion & harmonica. Feel free to call on me. I look forward to traveling. Everything is possible.